The range of medical tools that have been recovered by archaeologists, especially from the ruins of Pompeii and Herculaneum, show that physicians, such as Luke (Luke, the beloved physician, and Demas, greet you.  Colossians 4:14) Performed many kinds of physical procedures. The equipment for child birth and delivery is quite modern in its appearance, although made of bronze rather than steel.

Medicine is not merely a science but an art. The
character of the physician may act more powerfully
upon the patient than the drugs employed.
Paracelsus {1493-1541}

( Marcus, Aristarchus, Demas, Lucas, my fellowlabourers.  Philem. 24) ( Only Luke is with me. Take Mark, and bring him with thee: for he is profitable to me for the ministry. 2 Tim. 4:11]

Luke’s name is mentioned only three times within the New Covenant documents [Col. 4:14; Philem. 24; 2 Tim. 4:11], and yet he is personally responsible for producing a significant portion(28%) of its content. Known as “the first Christian historian,” this well-educated and devoted disciple of the Lord and companion of the apostle Paul “wrote more than one-fourth of the total volume of the New Testament — far more than any other man”  Luke was a physician by profession. Paul calls him “the beloved physician,” which indicates he was quite dear to Paul, and perhaps to others as well. Linguistic scholars feel Luke, being a physician, as well as a close companion of Paul, had a tremendous influence on the language employed by the latter in his epistles. Luke is known for his medical terminology in his Gospel account, as well as in the Book of Acts, and there seems, at least in the minds of some, to be some possible imitation of this in Paul’s writings. By way of example, in Col. 4:11, when the apostle Paul speaks of those “who have been a comfort unto me,” he uses the Greek word  paregoria, from which we get our word “paregoric.” {Paregoric is used to relieve diarrhea. It decreases stomach and intestinal movement in the digestive system. This medication is sometimes prescribed for other uses; ask your doctor or pharmacist for more information}He urges Timothy to take some wine for his stomach problems. And on we could go. “The constant companionship of one with St. Luke’s knowledge and special culture was sure, sooner or later, to affect St. Paul’s thoughts and language, and traces of this influence are to be found in many of the Epistles. Most of these are naturally more manifest in the Greek than in the English words” 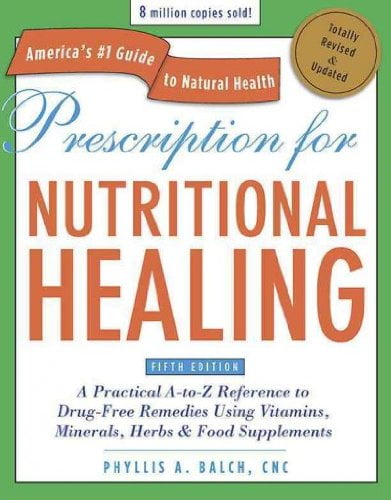 I recommend this book to everyone who wants to heal the natural way.